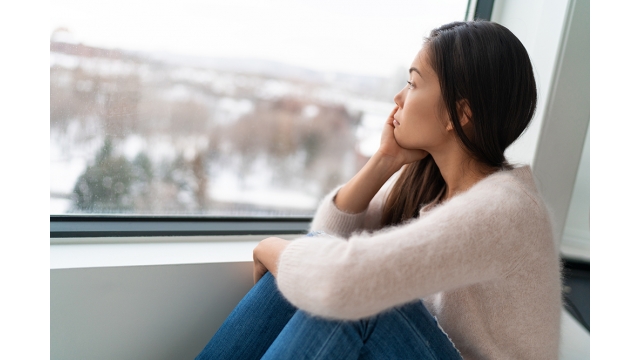 During the holiday season, people may feel “the blues” because of missing loved ones and loneliness while limited sunlight during Winter is said to dull one’s emotions. However, the mental health industry watchdog, Citizens Commission on Human Rights International says people should not buy into the psychiatric idea that these constitute “mental illness,” or that they are biomedically impaired. Thanksgiving and Christmas come during a period of the year when psychiatrists diagnose individuals with “Seasonal Affective Disorder” (SAD), described in their diagnostic manual as the onset and remission of depressive episodes at characteristic times during the year–such as beginning in the fall and remitting in spring.[1]

CCHR says playing on peoples’ sadness and reactions to cold weather can be a shamefully lucrative business. The SAD market was a global $544.7 million industry in 2020. At least a dozen pharmaceutical companies are key players in the market, manufacturing psychotropic drugs to treat SAD.

A recently released poll claimed that about half of Americans (49%) said they had heard about SAD and 66% noted behavioral changes during winter. These generalized statistics, sending an alarming message about how prevalent SAD is, were found to be based on a poll of a mere 2,211 U.S. adults.[2] An estimated 10 million Americans already have SAD, according to a Psychology Today article–a figure that begs for scrutiny.

SAD is theorized to be caused by “disturbed levels of brain chemicals… that demands treatment.” This appears to be an extension of the now thoroughly debunked and fraudulent theory that a chemical imbalance in the brain causes depression. Psychiatric organizations around the world have been put on notice not to forward this chemical imbalance urban legend as legal experts warn it can constitute consumer fraud.

There’s not a shred of scientific evidence to support SAD as a mental disease–no physical test or blood work can substantiate it. Researchers point to this general problem of validity with all of the disorders in the Diagnostic and Statistical Manual of Mental Disorders. In the last edition, DSM-5, released in 2013, 70% of its panel members had financial ties with pharmaceutical companies compared to about 57% who reported ties in the previous edition, published in 1994. The DSM-I, published in 1952, had 106 disorders. The DSM-5 has approximately 400 disorders (with several new “depressive” disorders)–an increase of more than 277%.[3]

Psychiatrists cannot point to any cause of SAD, its etiology remaining unknown, but there are plenty of biological, mind-altering drugs used to treat it.

Treatment often includes SSRI antidepressants. The Food and Drug Administration approved the antidepressant bupropion in an extended-release form specifically to treat SAD, to be taken daily “from the fall until the following early spring” only.[4]

Psychiatrists consider SAD to be a type of depression that includes symptoms such as losing interest in activities usually enjoyed, low energy, feeling hopeless or worthless, and thoughts of suicide or death. Another SAD symptom is trouble sleeping, yet bupropion’s side effects include insomnia.[5] It lists other common adverse effects such as loss of interest in sex; agitation; seizures; severe high blood pressure and periods of mania, racing thoughts, reckless behavior, increased anger, and thoughts about suicide or dying–the latter being one of the very things it is prescribed to supposedly prevent.[6]

The global antidepressants market was predicted to decline from $26.25 billion in 2020 to $15.87 billion in 2021.[7] It’s an incentive to market conditions like SAD during the fall and spring to potentially increase sales. A Google search for “Seasonal Affective Disorder” over a four-week period during October and November this year yielded over 250 entries, asserting that “SAD is real” and advising on treatments for SAD across the age spectrum from children to the elderly.

DSM has been criticized for its lack of scientific validity, articulated as: “In place of scientific findings, the DSM uses expert consensus to determine what mental disorders exist and how you can recognize them. Disorders come into the book the same way a law becomes part of the book of statutes. People suggest it, discuss it, and vote on it.”[8]

Based on DSM, nearly 77 million Americans take mind-altering psychiatric drugs, according to IQVIA.[9]

Psychologist Phillip Hickey, Ph.D. points out that psychiatry has the advantage, unique in the medical field, where it can “relax the criteria for these illnesses, more or less at will. Psychiatry, unlike other medical specialties, has no natural limits to its growth potential. They can continue to expand the diagnostic net until everybody in the world has a diagnosis.”[10]

CCHR says mental health consumers are being misled about the “science” behind diagnoses that are not determined in the same way as a medical disease can be tested for and diagnosed. This arbitrariness requires a constant watchdog role to monitor the mental health field, to expose questionable diagnoses and damaging treatments that can ensue from these–both of which can put patients’ lives at risk.

The group emphasizes that during the “Holiday Season”–and indeed throughout the year–people need to reinforce their right to be given full information about and demand confirmative physical tests as evidence of a mental health diagnosis given then. They should also demand and expect workable help, not drugs that merely mask a problem–in essence, they have the right not to be misled and harmed under the guise of mental health care.

Report abuse in the mental health field to CCHR.

[3] Stephanie Brunner, “What impact does the pharmaceutical industry have on the medical definition of depression?”Journal of Integrated Studies, Vol. 8, No. 1, 21 Apr. 2016, jis.athabascau.ca/index.php/jis/article/view/176/324

[10] Phil Hickey, Ph.D., “Psychiatry Is Not Based On Valid Science,” Behaviorism and Mental Health, 9 Jan. 2014, www.behaviorismandmentalhealth.com/2014/01/09/psychiatry-is-not-based-on-valid-science/

Indy Gohard is an amazing life coach who specializes in Mindset and Financial Wellness, helping you make good choices and plans by providing the credit tips and tricks with a mixture of financial strategies that will catapult you to your future success