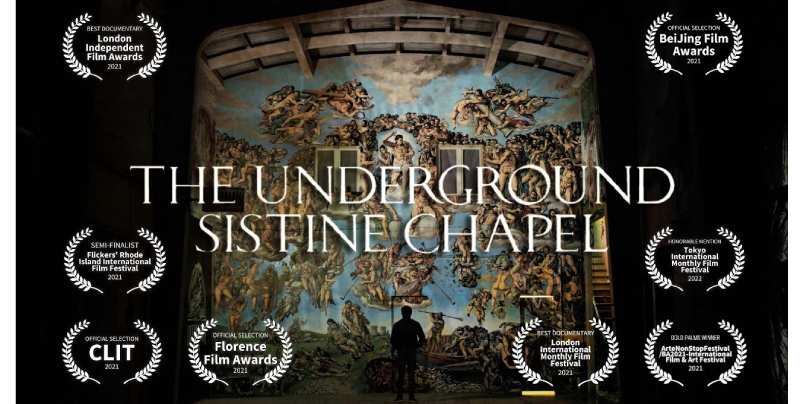 Paris, France — The Independent film, The Underground Sistine Chapel, is a free documentary available on Youtube

The Underground Sistine Chapel is a free documentary on YouTube that chronicles the creation of a contemporary Sistine Chapel by street artist Pascal Boyart in the center of an abandoned gold foundry in the Paris suburbs, in what some may refer to as a cutthroat neighborhood.

After a sold-out premiere in June 2021, at the mythical Grand Rex cinema in Paris, the film is discreetly released in full version on Youtube, without any promotion.

This original work, sometimes reminiscent of Banksy’s spirit, or independent documentaries, strikes by its authenticity, and its purpose. The film tells the story of one of the most influential crypto-artists of his generation and tells the birth of a work that will probably remain in the next years as a masterful and historical work.

Indeed, this film raises the question of the use of NFTs & cryptocurrencies in the service of real artists and not just pixel monkeys. Here, we witness in 1h17 a perfect demonstration of the interest in blockchain technologies, and this on two levels: The artist, who finances himself his work in this way, with stunning authenticity, and the film itself, which comes to stick perfectly to the work of the artist by also being financed in this way, and by making it free for all.

“A major work that will probably be studied in art schools all over the world… A must-see.” – One of the critics said after watching the movie.

During the premiere, the directors announced that their company Samourai Coop was already working on other films whose ownership will be shared with its community. These young filmmakers said it best, “If the cinema doesn’t open the door for us, we’ll go through the roof.”

The documentary has received multiple awards and recognitions at different film festivals. Some of them are:

The film can also be watched on the IPFS network.